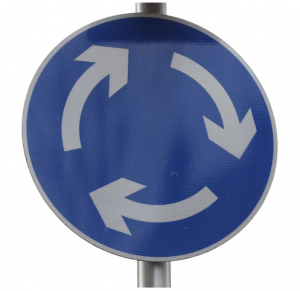 There’s an old saying that applies to all facets of our lives: what goes around comes around or like some people prefer to call it, karma. Whatever way you look at this principle, it applies to everything that we take on. Our relationships, our daily dealings with people and certainly in our business dealings. There’s no escaping it. I thought about this morning while I was going about my daily work routine here in the office.  I see people working their way up from lower positions to higher ones with a bit more responsibility just to have it all go to their heads. They develop seemingly out of nowhere, this high and mighty attitude, prancing around thinking that they are now so much better than their colleagues since they got a promotion.  Well, their bubble usually bursts at some point or another. Let me illustrate.

About 10 years ago I was working at a large telecommunications company here in Australia called Vodafone. They decided to sell off their retail arm of the business and a British company bought all the retail stores. There was a huge shake-up within the company at the time. One of the team members a while before got a promotion to become the new store manager. He and I really didn’t see eye to eye on a lot of things but I was always respectful of his authority. The new owners  asked from all the store managers an evaluation of all the team members. Naturally, mine wasn’t very favorable. He was always backstabbing every one of his team members, sexually harassing the female ones and just generally being a real jerk. We always told him that one day he is going to get his. Out of the 7 staff members in that store, I was the only one who was rehired by the new owners. They all got decent references to find a new job with. The manager however, not only didn’t get a reference but he was also served with papers for a sexual harassment suit. Talk about karma coming back and biting this guy on the bum.

The bottom line simply is this. Don’t let a new position get to your head. You are no better than the day before you got the promotion. We all live for in an office environment to get ahead in our careers. However, keep in  mind that getting ahead does not give you the licence to act like you are better than everyone else in the office. Sometimes, you only get a promotion because you were slightly better at doing something than one of your colleges. It could just as easily gone the other way. You have to ask yourself, how would I react if the shoe was on the other foot?

The definition of a team is a group of people working together in a supportive manner and to compliment each...