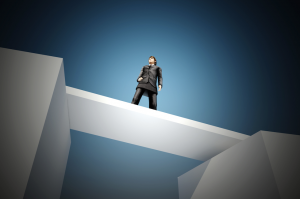 The definition of a team is a group of people working together in a supportive manner and to compliment each others efforts to gain optimum results.

I think this person forgot the fact the people who work in a ‘team’ are constantly engaged in self interest, one up -manship, general laziness and sometimes even sabotage due to their ambition to get ahead over their co workers. In fact, most of them are probably too busy in just getting their own jobs done and perhaps even trying to keep their jobs to give two hoots about their coworkers issues. Not to mention the fact that most people on the team probably hate each others guts. So never mind about team time management either!

One thing one of my managers always used to say to his superiors when things went right was, “well sir, it was a team effort”. Yeah right!! In our department, it was usually two or three people doing 90% of the work and the other 10 doing less than 10% while the balance was probably made up by the cleaning staff. If he was any kind of manager, he would have seen that and did something about it.

The other side of the coin is off course when things don’t go right, it’s never a team effort. Some managers pass the buck to others and blame the team members when in fact, they themselves are the problem by trying to micromanage everything from who closes the sales to who cleans the white board every morning. They don’t realize that by managing up all the time, they are the problem and it’s clear that they are not displaying leadership and communication skills that are needed to manage a group of people or a team.

If you are going to use the term team to refer to your staff members, then please, as a manager show some leadership and accept responsibility when things are going well and equally when they are not. Only then does the word team have any significance in the workplace.

On a lighter note, here’s a video about some fun team-building exercises

Theme by Anders Noren — Up ↑

Does Your Company Foster Professional Parasites?

More and more people in management now days do not believe that their job is for life. It’s not just...