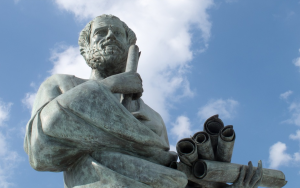 Socrates once said that “I cannot teach you anything, I can only make you stop and think”. One way to make someone ’stop and think’ is for a manager to coach someone. That’s part of the management role and it’s a continuous task. One company I worked for years ago had a very strict business coaching program that everyone from managers to sales assistants had to go through every week.

I have worked at some places where there was no coaching done by any of the managers and the staff were left to their own devices. The results were chaotic. There were sales people doing their own thing; long lunch breaks, making up whatever they wanted to tell the customers just to get a sale, sitting around talking all day long and so on. They treated their workplace like a social club and there was little old me…doing everything and no time to even scratch my bum. After a long time of no direction by the company to coach and train their staff and not to mention my bum was getting rather itchy, I had had enough. I devised a training program over a period of a few days and took that plan to upper management. I explained to them that the staff were lazy and had absolutely no direction whatsoever. When they finally got the point, they gave me the go ahead to implement the plan. The immediate result was one of indifference by most of the staff. Most argued why the change? Things were fine the way they were. After awhile of listening to their points of view, I gave them the choice, either accept that there is going to be some sort of a training program implemented regularly, or they were welcome to find a new job. Some left but most stayed.

The benefits of a good coaching system is that it can free up your time for other things as your staff are more motivated, able to think for themselves and generally they become more creative too. I noticed that when we started a coaching regime with everyone, they became more productive and very creative in coming up with ways to make more sales.

Peter Drucker ( a famous management writer) said that ‘management is doing things right; leadership is doing the right things“. One of the things you can do right as a manager is to implement if you don’t already have one, a good coaching program and if you do have one, keep it going on a regular basis with all your staff. This doesn’t just apply to sales staff but can also include all that you have under you. Everyone has dreams and aspirations on where they want to be and a good coaching program can do truck loads to help them get there.

Your services or products must fix one severe pain point that individuals deal with. Find the one idea that sticks,...